The people behind Rad am Ring are passionate about it. This applies in particular to Holger Kremers, IT expert, event moderator and since 2016 also head of the team Rad am Ring. Every year, he brings together around 10 friends from Rad am Ring to form a cycling team. On the common race calendar are the Jedermann classics in Göttingen, Cologne or Münster and of course the 24h race at the Nürburgring. Although Holger has to go there because of other obligations. For this he is then at the 24h race in Kehlheim or Zandvoort at the start. In addition to well-trained legs and a good mood, the troupe also always has all the information about Rad am Ring in the luggage. Our ambassador on two wheels will be pleased if you address them. 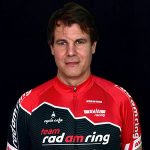 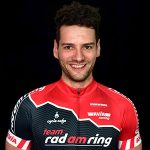 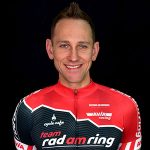 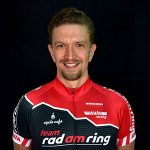 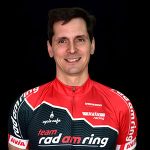 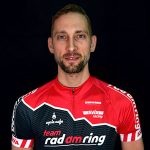 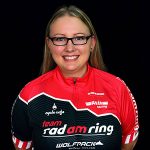 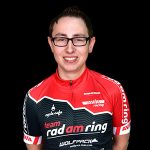 The two days of June 1st and 2nd made Cologne another cycling highlight in 2019: The traditional cycling race around Cologne was held for the 103rd time and we were back on the roadshow with Team Rad am Ring; at different distances in the Jedermann race and as an expo exhibitor.

Professionals and amateur racers drove on three different routes from the start in Cologne Rheinauhafen into the Bergisches Land and had  the cathedral towers in the back again while finishing. Sunday, June 2nd, was our big day with the race of the pros and the two everyman races.

We were all about Meet & Greet, fun and a good time with roadbike-minded people! – It could not have been better, all goals achieved.

Not only the Green Hell is legendary but also the weather in the Eifel. And so we communicated within the team the whole week before the event about the development and the respective start strategy. Our team leader only said: “At the start the weather will be good!”

Even before the start at 5:15 p.m., it still rains a lot, but the team leader remains in his forecast: “At start it is dry”! The starting field, as well as the team were still skeptical: from short-short to onion look with fur everything was available. With the temperatures, I had decided to wear long-long variant and due to the risk of accidents I equipped my steel racer built in 1993 with mudguards. Since the long distance is more my discipline, I wanted to enjoy the rounds on the rings and use as a training session. Caro, Andreas, Philipp and Rainer also came to represent the team in the respective categories. At 5:30p.m. everybody started for the pre-start and immediately the rain stops, the sky started turning blue and it got sunny! God loves cycling too … (and the team leader has a direct line up).

The first lap was a bit tricky because the track itself was still wet of course, but with each additional lap the conditions got better and better. Fortunately, there were no accidents, so I’m sure everyone enjoyed this great event. The organization was perfect and was also supported by Dextro Energy with an extensive presentation of its own portfolio at peak prices.

Anyone who missed the race on the weekend due to H2O allergies can of course still enjoy the Nürburgring by bike during the annual highlight “Rad am Ring” or use the individual dates for the Radtreff. We are definitely there and look forward to seeing you!

From the view of Andreas Regitz

Due to injury I only had 601 training kilometers in 2019 by bike before the start in Göttingen. Accordingly, it was clear to me which route I would choose: short!

So into the new team jersey from René Rosa, bottle filled with Dextro Energy Iso and lets go! Ok, I started the race not full power. My plan was therefore to ride in the top group but keep out of everything and see how long I can keep up with the pace. Said and done. After such a long race break, the race was a bit too nervous for me at first. Then there was the fact that the track was mostly still wet and in combination with the pollen that has accumulated in recent weeks, there was a certain risk of accidents. I have therefore sorted myself at the tactically unwise last corner of the top group. There you have the advantage of a good wind shadow and enough space, but always the latent risk that one of the preceding loses the connection and you have to close the gap again. That’s why I do not like this position so much.

So it came about that after several successful counterattacks I could not reach these few but decisive meters at one point, so I had to let the field go. That’s it … So I was on the “High Hagen” more or less alone on the road and could at least relax my pace. After the downhill part, then fortunately a smaller group has formed, with which I then rolled to the finishline. At the end, the 82nd place in the overall standings was fine for me.

Much nicer than the result were the fact of seeing the many familiar faces in the GCC again.
By the way: Caroline Pasedach, who has also taken the short-haul route under her wheels and finished the race in a satisfied and free-of-charge manner, was with me at the start. That was it, my prelude.
Next stop: 11.05. at the Nürburgring. I hope to see you there!